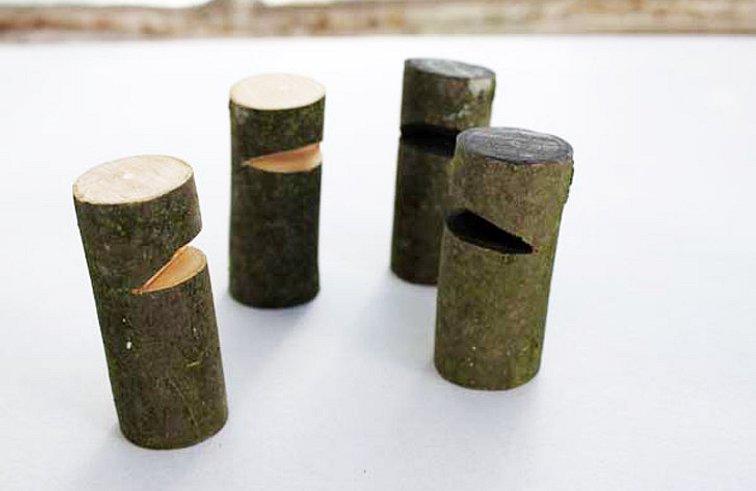 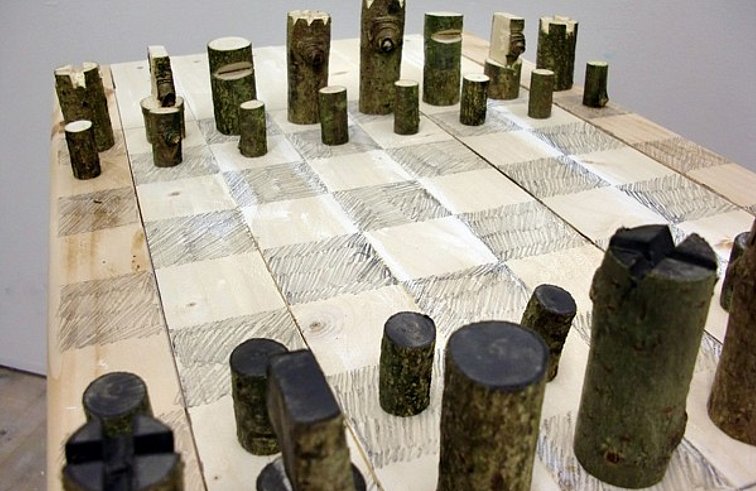 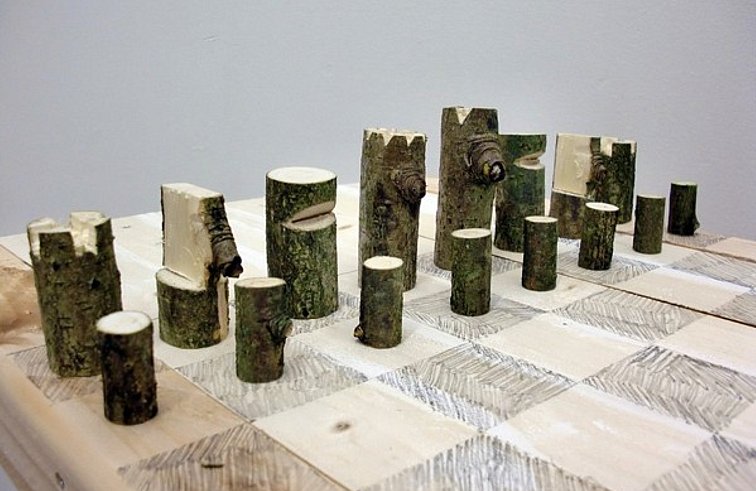 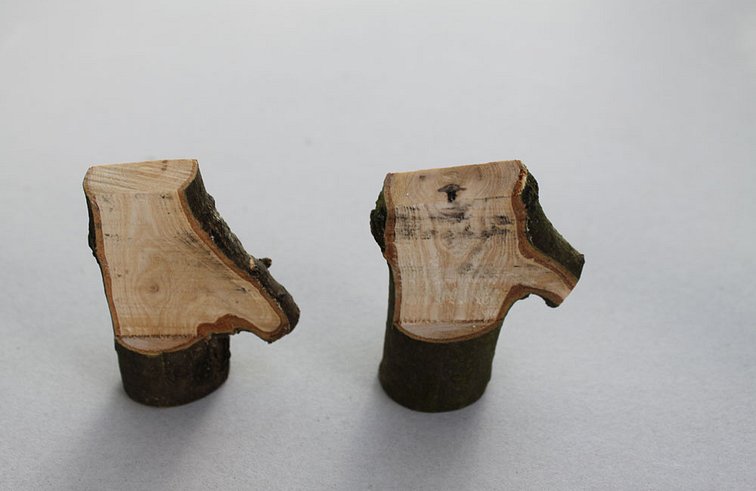 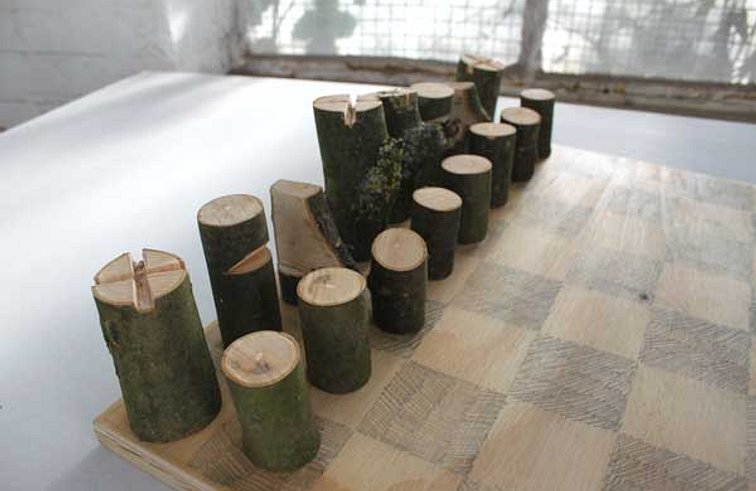 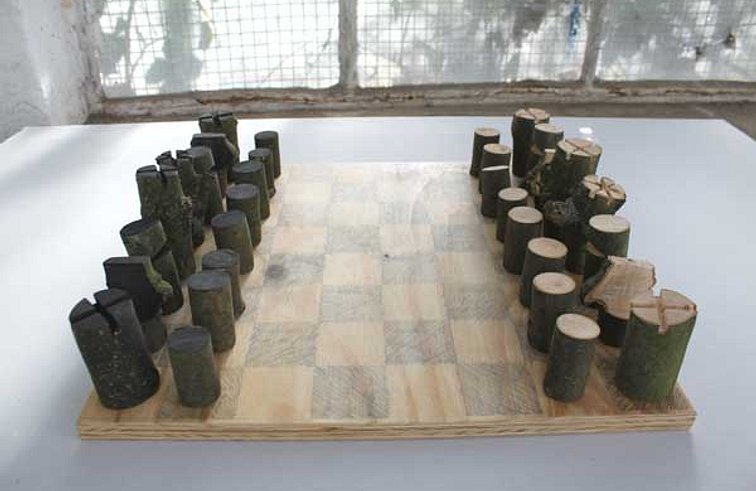 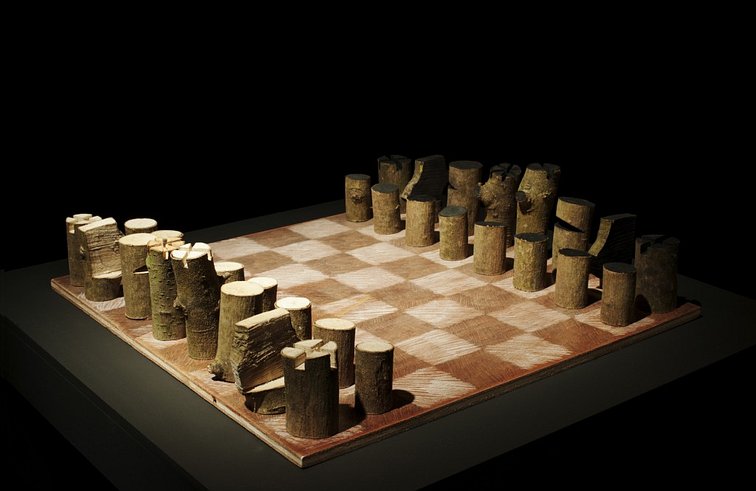 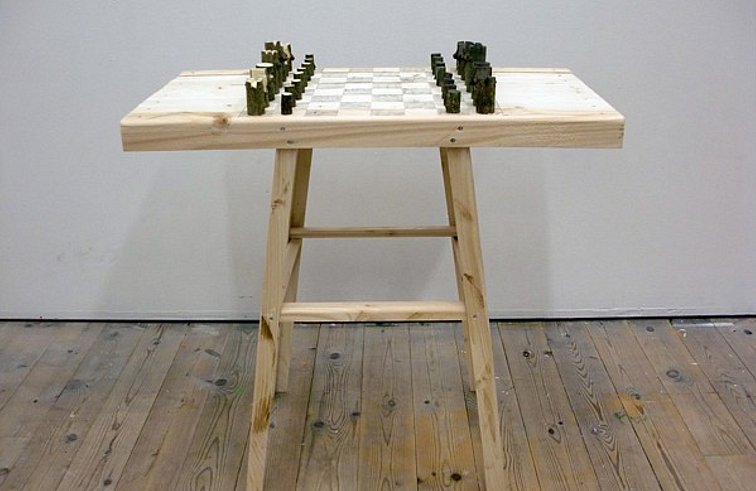 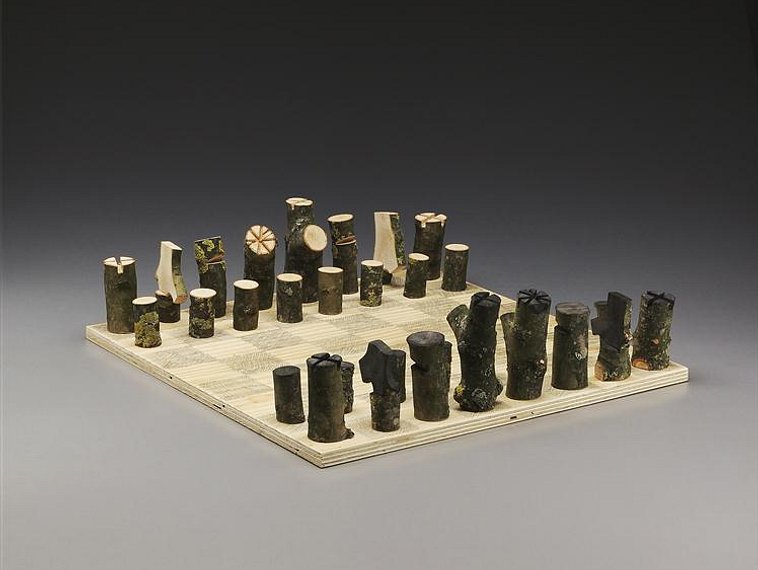 A chess set cut from a single branch. Originally made for use while I was working at NKD in Norway, they were derived from the first Man Made project (created while there) in which a single piece of wood was used to create a piece of furniture. The final dimensions therefore, being partially determined by available material, rather than planned in advance.

Subsequent chess sets (in the images below) were shown at Projectory - Phillips de Pury, London and 'Giochi di design' during Milan Salone 2011