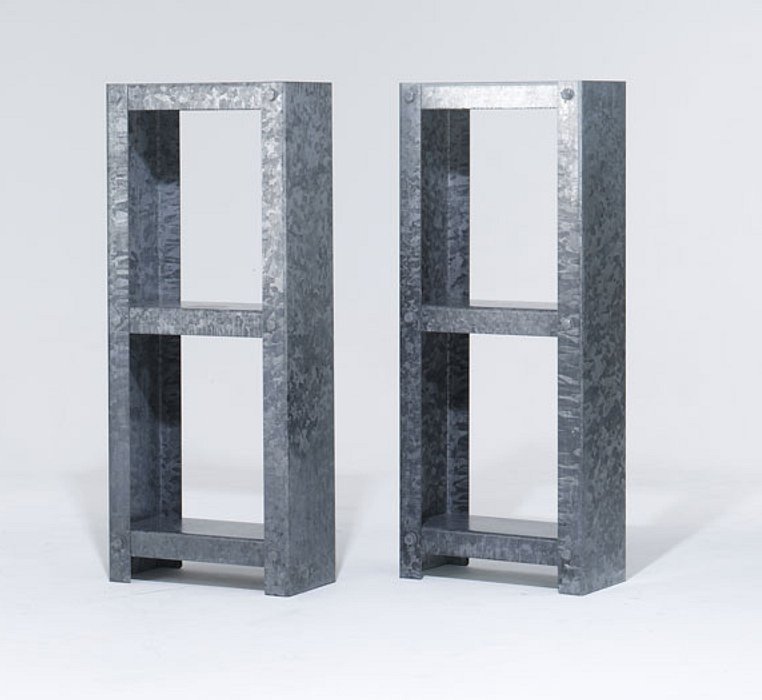 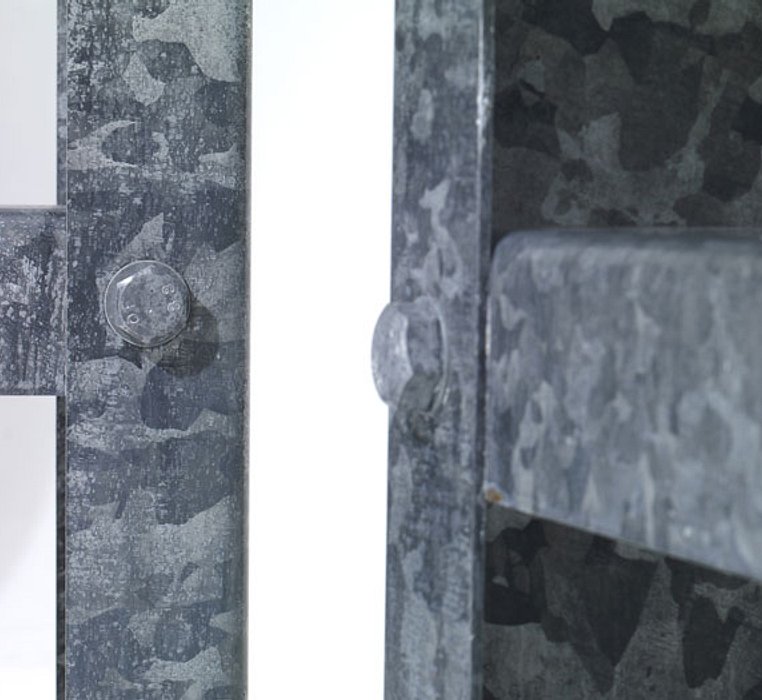 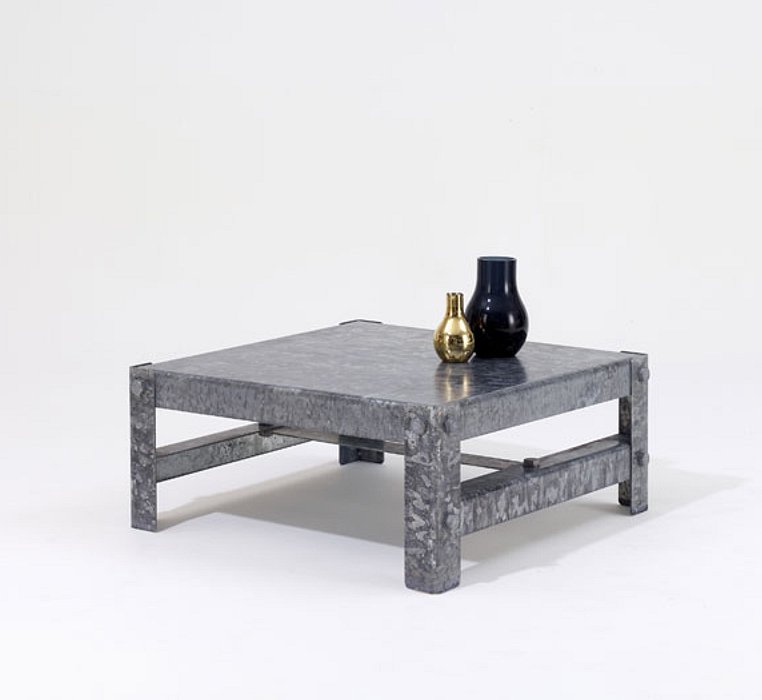 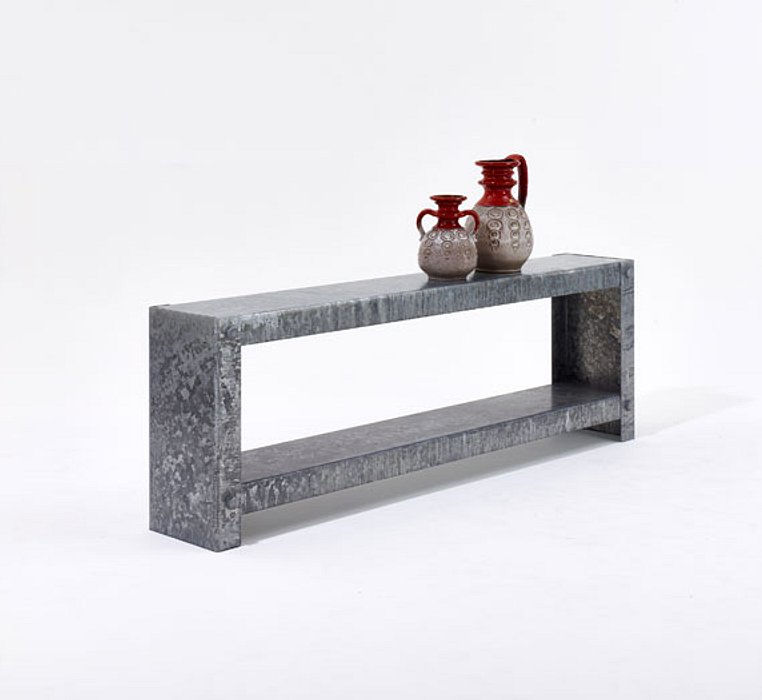 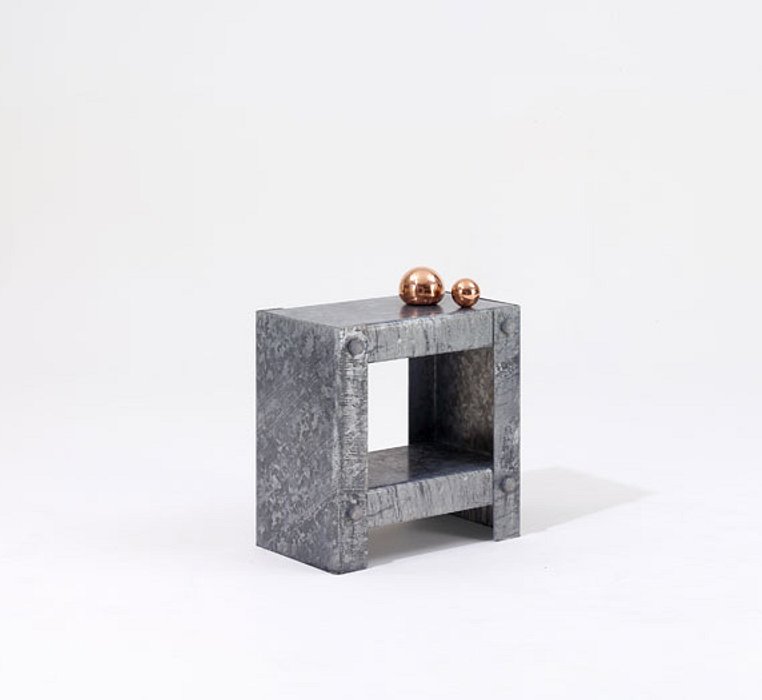 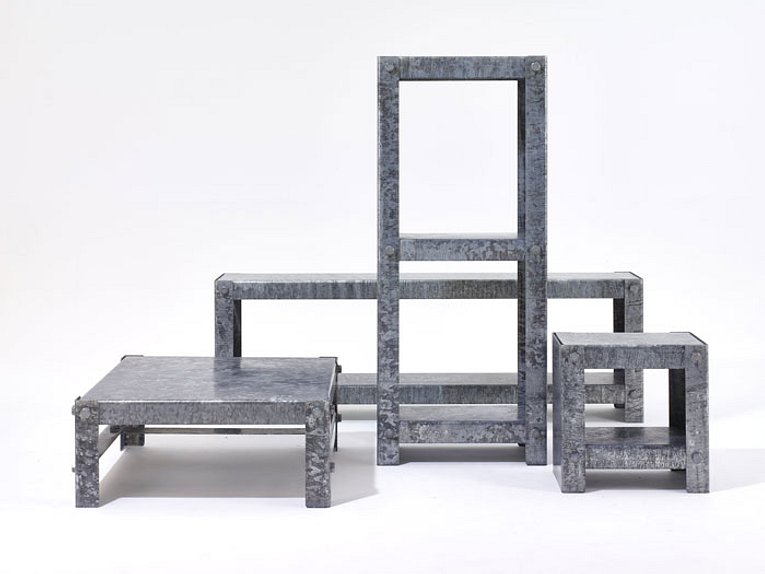 The forms and materials of the Galvanized series are derived from the structures found around the edges of railway lines. Big, 4mm thick steel uprights and M20 bolts create simplistic block like volumes, while the lightly corroded galvanized finish on the structures reference hand rails found in public places such as children's playgrounds. The protective galvanized surface is slowly worn down by passing hands which in turn polish and re-coat the metal with natural oils. Exposing and destroying it and then protecting it at the same time.

These pieces are an extension of a family of objects with that inculde the Bleed Cabinets.

The original shelves were created for SCP editions launched during the London Design Festival 2015, and were then followed up by further additions for the Milan furniture fair 2016. The Galvanized series is also available to buy via the Future Perfect in New York.